Check out this antlered doe taken by Kansas hunter, Mike Smith, with a 100 yard shot in a wooded area.  The buck turned out to be a 27 point non-typical with double drops and still in velvet. But it also turned out to be, not a buck at all.   Mike is quoted as saying, “When I rolled it over there was nothing male-looking on the deer. I looked at the back end and it was definitely a doe. That was a real surprise.”

Mike thought the rack and velvet was because a buck had gotten injured while the antlers were growing, which sometimes happens with whitetails. The final doe will be full body mounted with the velvet still on the rack.  This could be the largest antlered doe on record but with out the velvet removed, it won't be officially scored.

The Few That Got Away 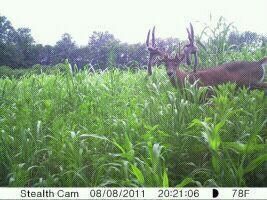 I  have to say this bow season has been a blast and so much more. I've seen a ton of cool things this season ranging from a coyote chasing a rabbit to an awesome turkey fight. I've seen more bucks this season than ever before. I passed on some good ones but I don't regret it. I feel blessed and greatful to be able to hunt here in Ohio and also to be apart of the 5SO family. On the bright side I was able to harvest two doe this season, one with a bow one with a muzzle loader. I'm happy that my freezer is full and I'm not going hungry this off-season. I have to say I hunted very, very hard but came up short in the bone department this year. I pulled out all the stops this season and went every chance I had. It's a ton of work putting in well over 140 hours on stand but its what I live for. Special thanks to Beau and Tiff for all your support this season and all your amazing accomplishments. Great job Bryan on that awesome gun kill, man what a buck. I can't wait to see the full mount. Also I'm still holding out hope that you guys will become apart of the Mathews family lol I'm not going to hold my breath don't worry. I'm looking forward on hearing how everyone's seasons went. So please post your story's and pics I can't wait to read them. God bless and be safe guys.  DDDSS 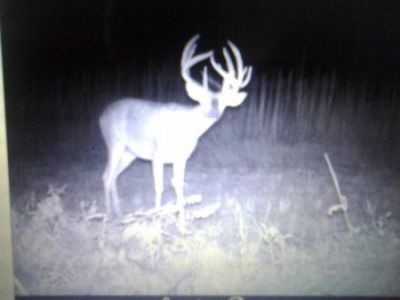 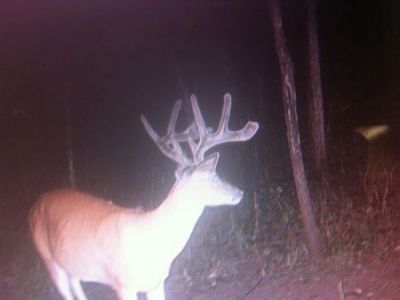 The few that got away lol.

Elk Hunter Has Cougar Sneak Up On Him

It's not everyday an elk is killed in the woods.  So when the fresh meat hits the ground, you may note a few clients looking to be served.  This gentleman certainly didn't seem aware of the audience he was entertaining behind him while taking some trophy shots after his elk hunt. Most likely a photoshopped picture, but what would you have said if you were the guy with the camera?

All White Piebald- and no I don't mean Albino

A couple of Ohio hunters killed an all white piebald deer.  The colored patch on its head and its eyes have color and indicate the buck was not albino.  This buck could have been a buck of a lifetime for a hunter but it was gut shot and spoiled after a day or two in warm weather before being tracked down.

Antlered Doe- With 30 points and a Drop Tine

Imagine Richard Lomas of West Salem, Illinois's reaction he realized that his buck was a lady.  This monstrous 30 point (antlered doe) with drop tines and all was taken in Olney, Ill.  Though rare, it is not unheard of for a female deer to grow antlers.