Hopefully you've filled your tags or choked down the tag soup as deer season closes in most states.  It's now time to prepare for Turkey season, spring fishing, food plots, and shed hunting.  It's always interesting this time of year to see new products coming out, but most of us have our go-to tools that we rely on year to year.

What are your most reliable, never leave home without it, hunting tools? Comment below! 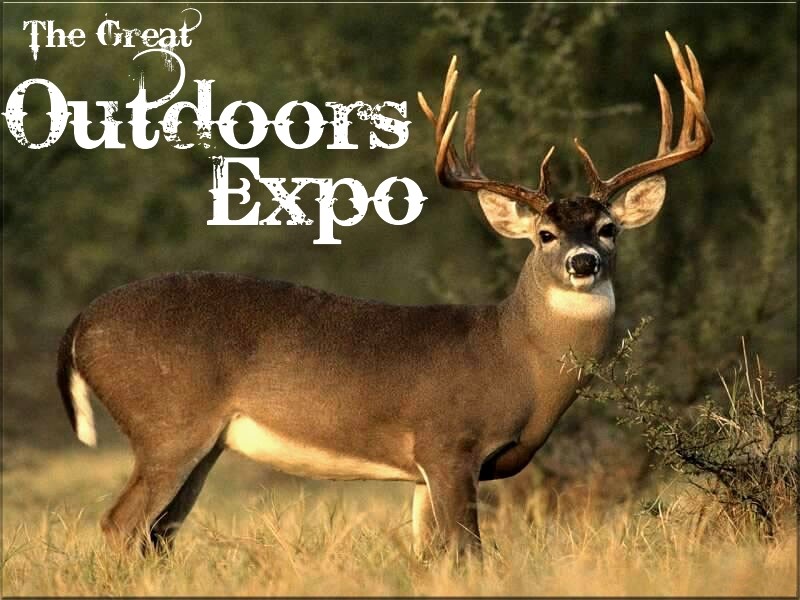 The annual Great Outdoors Expo is coming to Beaumont, TX this weekend (July 20-22) at Ford Park. The men and boys will enjoy the great hunting and fishing gear availiable, the snake handler (Robert Ackerman) shows, and the popular TV series Swamp People's own Troy and Jacob Landry and Liz! (Liz was present Friday from 3-8 P.M. and Troy and Jacob will be present today, Saturday, from 10 A.M. to 4 P.M.) And while the men and boys are enjoying that, the girls can head over to the Peddler show, with over 70 peddlers for the avid shopper. Theres even things for the children. The "Bubble Runner" gives children of all ages the chance to enter a plastic bubble and walk on water! The Outdoors Expo is an outdoorsmans Haven, carrying the best in hunting, camping, fishing and boating gear. I personally have been to the Outdoors Expo every year of my life nearly and I absolutley love it. In the past theyve had interactive hunting games, paintball, hunting dog trainers, boats, trucks, ATVs and hunting stands for sale, I even remember when they had a LIVE Kodiak Brown Bear there! The Great Outdoors Expo is definatley a huge event you dont want to miss if you live close! Shoppers gain access to both shows ALL WEEKEND for $6 adults, $5 for seniors 65+ and children 5-11, and children under 5 get in FREE! To read more visit http://www.fordpark.com/news.aspx?newsid=1540 . Hope to see you there!

Blog Photo made by me and is not affiliated with Ford Park.

Fish Hook in the Eye- Not for sensitive viewers

Now I'm not suggesting that you start wearing safety glasses when fishing but we should all be aware of what can happen.  If you Google "Fish hook in eye" you will find that this is more common that one might think.  In this particular case a guy managed to hook himself in the lens and a pretty good hook at that.

What can you take away from this story?  Safety, safety, safety! Be aware of your cast, obstructions to your cast that may deflect your hook, and buddies or nearby fisherman who may not be paying attention to you.  I can't imagine that a fish hook in the eyeball would go down as anything less than one of the worst days of your life....

How to Fish- Random thoughts...

Perhaps it isn’t that fishing is complicated but rather that fishing is as broad as the lake, pond, river, or sea that you are fishing in.   Which fish are you targeting?  Every body of water can contains tens, hundreds, thousands, or more species of fish.  The anglers success will be determined by what species they are targeting and how well they know that species.  For any given fish species the fisherman should know where the particular species of interest lives, what they eat, what depth of the water they frequent, and how to locate them in the morning and at night, and the best way to attract them.

Species sizes will vary drastically depending on location.  This may be partially due to genes but it is mostly due to weather.  An angler shouldn’t fish in a small pond in a northern state and assume that could get a 30 pound bass unless they know something special about that pond.  Typically the largest fish of any species will thrive and be abundant where there is an abundance of food.  For example, bass fishing is prime in states near the southern gulf as there is plenty of sunshine, no hard winters to lean the fish out, and a continuous abundance of large bugs, frogs, and prey for the fish most of the year round.

So to be an effective angler it is best to what you want to catch, where it lives, and what does not live where you are.  Next learn how to use every piece in your tackle box and you will be on your way to ting the hook and finding a little more luck at the end of your pole.

So you're worried about scent control when hunting...but how about when fishing?! 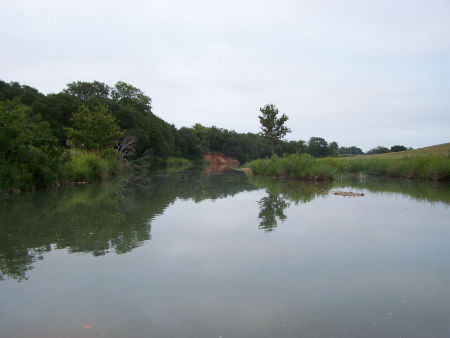 Some of you are thinking right now... scent control when fishing?! He's crazy! But I beg to differ. Ask any successful angler and they will tell you that the number of quality fish caught is directly correlated with a fish's sense of smell. Doubt me? Then ask yourself why when catfishing, do anglers often use stink bait to attract and land lunker catfish fish? And why when deep sea fishing, do anglers chum the water to attract different fish species? The truth is fish have an acute sense of "smell". Take for instance... a bass fish's taste buds are located outside its mouth as well as inside of it. That means that a bass can taste an object before it enters its mouth. A bass fish's taste and smell are once again combined in such a way that a bass smells and tastes at the same time.

Several years ago a study was completed to determine the acuity of a bass fish’s sense of smell and taste. It was conducted in a 100 gallon tank. The results of the study were stunning. It was discovered that a bass can distinguish the scent or taste of 1/200th of a drop of a substance. If a bass tastes or smells bait that is unpleasing it will not take the bait into its mouth or it will only do so for a couple of seconds. If however a bass likes the taste or scent of a particular bait it has been known to hold on as long as half a minute before dispensing of the object from its mouth. This study can apply to all fish. This information is critical to any serious angler! Think about it, how many times do we quickly fill up the car or truck with gas, grab a bite to eat, wipe the sweat from our brow before grabbing out rod and reel and casting into our favorite honey hole for a little bass fishing or other fishing? These mistakes could be costing you a shot at those hidden lunker fish hiding deep in the water.

But don't fret, a couple simple steps can be taken to improve your odds.

Let me know how these tips help you!